Ax throwing fun!! Sounds dangerous and to be honest not something I would have ever thought of doing. Then I was invited to visit Urban Axes in Phoenix Arizona. It is one of the news Ax throwing venues here in Arizona.  I’m always willing to try new things so I put on my sneakers and headed out for a ax throwing moms night out with Vickie from Surprise Az Mom.

When I first heard about Urban Axes in Phoenix I immediately asked what is ax throwing. Ax throwing as a sport was developed in Toronto Canada and then spread in popularity. Currently Ax throwing is predominate in Canada, the United States, and the United Kingdom.

Ax throwing is similar to darts except you throw a 1.5 hatchet/ax instead of darts. The target is made of wood and is much larger than a dart board to accommodate the axes being thrown. Most commonly ax throwing targets are thirty-six inches wide and have five rings that are each four inches wide. The outside ring is worth one point, the next one in is worth two, then three, then four and finally the bulls eye is worth five points. At Urban Axes there are also green dots called clutch spots that you can call and if you hit it you earn extra points. Points are assigned based on the outer ring where the ax lands and sticks. If a player steps over the line to throw they get 0 points. Also the ax must stick. If it sticks but as they approach to retrieve the ax it falls out then no points are awarded. 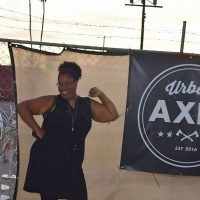 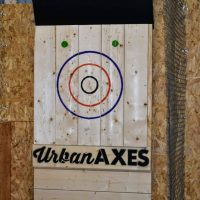 Urban Axes just opened location in Phoenix Arizona.  Their website states that their goal is to ” take axe throwing out of the woods and into the bright lights of the big city, by presenting you with … Urban Axe Throwing!!” At the location I got to hear how they started and met Preston one of the people who do promoting and things for them.  I learned that Urban Axes was formed by a group of friends in September of 2016 with the opening of their Flagship location in Philadelphia. Now in 2019 they have 7 locations and with the opening of their Phoenix location their first one on the west coast.

Urban Axes is located at 402 S 1st St, Phoenix, AZ 85004. Unfortunately, they do not have their own parking.  They suggest a Lyft or Uber which may not be a bad idea since they do serve alcohol. There is also some parking on the street after hours or parking garages and lots that you pay to park at.

Urban Axes is a 21 and over venue so no kids allowed. Make sure to bring your ID because they do card when you are paying. There is also a sort of dress code in that you must be wearing closed toe shoes. Ax throwing involves a dangerous tool so safety is important. You will not be allowed in with anyone under 21 or in open toe shoes.

When you first enter Urban Axes there is the payment desk on your right. To the left are kiosks where you sign a liability waiver. Past the kiosks is the drink area. They have alcohol beverages and non alcohol available. Urban Axes does work with come local catering places so if you want food for a event they can help you.Once you are done paying and signing the waiver you can enter the ax throwing arena. 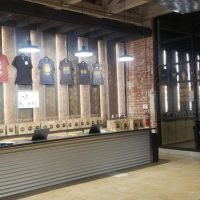 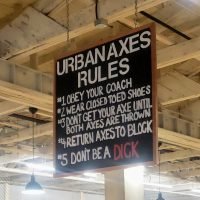 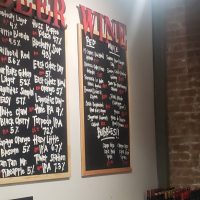 There are 2 stalls per ax throwing area and fencing is between each section of 2 stalls.  There are 2 stalls so that 2 players can compete against each other. At each area is a ax throwing coach. My coach was Maggie and she was amazing. The trainers go over safety procedures and common ax throwing techniques. They can not throw while clients are there but they can help you learn and perfect your technique. Maggie started me with a 2 handed throw but once she saw how I did showed me a one handed one and I got pretty close to the bullseye.  I will say they are big on safety. You can never walk to retrieve your ax until everyone has thrown. I did forget but Maggie reminded me and in my mind I was like Lord I’ m my kid having to be reminded safety first LOL. 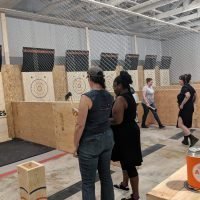 My trainer Maggie and I 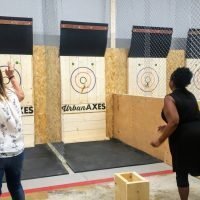 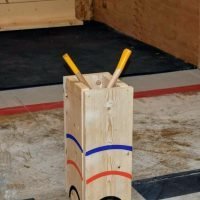 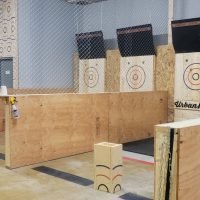 When Your Children Discover …

How to Entertain Kids …

Ladies Night Out: Board …