A bit ago I asked each of my kiddos what they want to be when they grow up. So far I have a chef, a computer engineer, a mechanical engineer, and a Mom.That’s right my 4 yr old wants to be a mom but through lots of explaining he’s willing to settle for being a dad. His first goal was a baby so off we went to the store and got him his baby. My husband supported this completely because like me he says let a kid be a kid and to heck with gender stereotypes. So here’s my son Alijah and his baby. 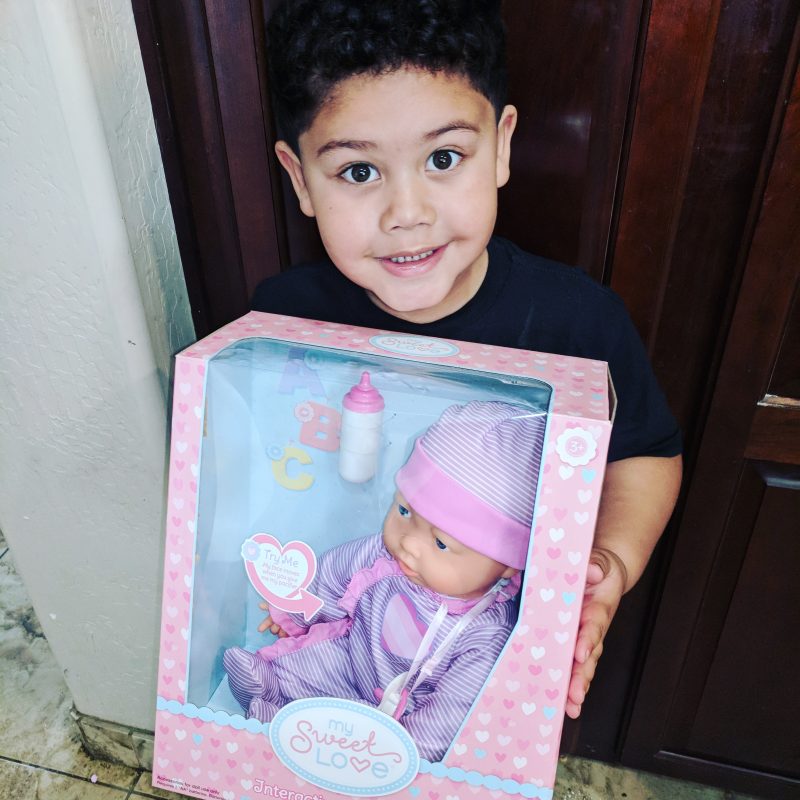 It did not phase any of us. He named her Luca, fed her, walked her, cuddled, and took her everywhere.

As he pushed her in her stroller a well-meaning older lady told him how cute he was and asked if he was holding the doll for his sister. My very confused son answered her ” No it’s my baby. I don’t have a sister. I have a brother and he’s Luca’s uncle.” The lady looked at him and said “oh” then walked away.

To say this interaction broke my heart a little does not begin to describe the depth of feelings I had. In a world of equal rights, equal love, and tolerance why is it still ok to gender stereotype? Why is it ok to try to fit children into a mold of what is deemed acceptable for their sex?

Why I buy my son “girl” toys 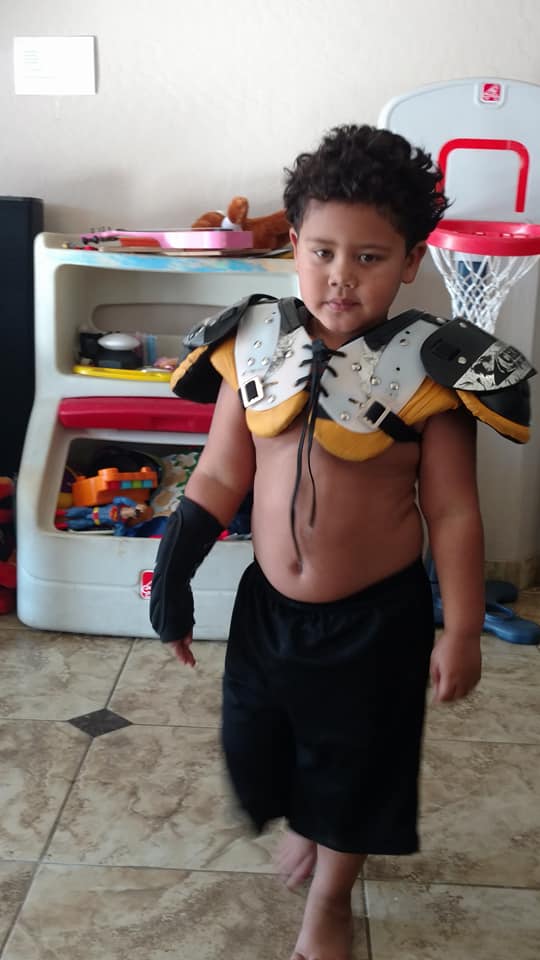 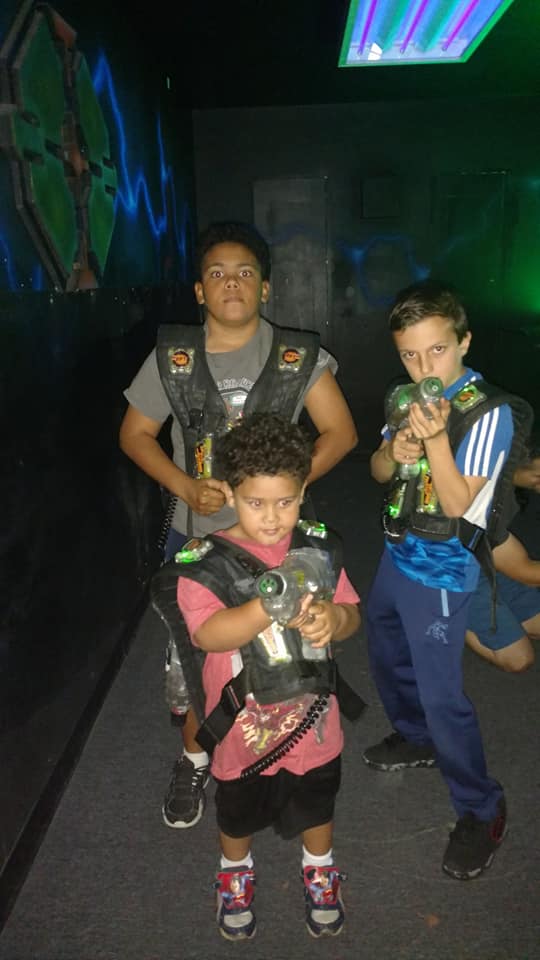 What my son chooses to play does not define who he is. And quite honestly why should I let a toy limit his potential. He is more than his toys and honestly, I do not think him playing dolls or G.I Joe is going to make a difference in the big scheme of things

My Final Say on The Matter

I do not have him play with certain toys to prove a point. I have him play with whatever he wants and I’m comfortable in the fact it is not damaging him or changing who he is or will be. Regardless of what he plays with, I know my husband and I are raising him to think for himself. We are raising him champion those who need it, and not dwell on what other people try to fit in one box or another. He will grow up to be a friend, a father, a brother, a confident man. To me, that is a job well done and no doll baby or action figure is going to change that.

Personally, sometimes I wish that people could see the world thru the eyes of a child and see that labels and categories are not always necessary. I’m proud of my son for not make distinctions and for just embracing being a child and being secure enough to play with whatever he wants.

Art With Me Az

Dating Your Spouse When …