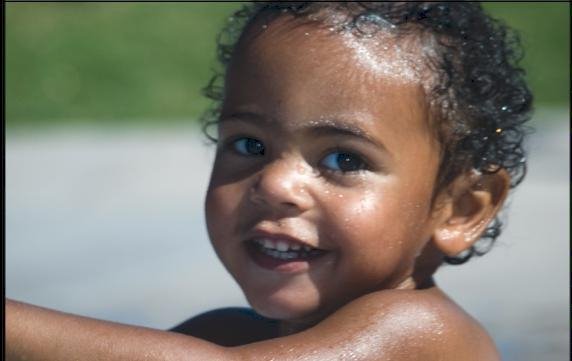 .My husband and I have been married for 13 yrs, and before we ever got married we knew we wanted to be parents. We wanted to foster and adopt but more than anything we wanted to have children also. We spoke about how many we wanted, names we liked, and how we would raise them. Little did we know how hard making our dream come true was going to be.

We are Going to Be Parents

We started trying about a year into our marriage. I can still remember my husband telling me he thought I was pregnant and the feeling when we confirmed we were expecting. No matter what those memories and those feelings stay with me. Just like I can remember the morning I was laying in bed and my water broke. I was only 22 weeks along and there was nothing they could do to save our son.

Our Journey to the Rainbow

My husband lost weight and in my despair, I didn’t even notice he wasn’t eating. My mom noticed and she was the one who gave us the strength when we had none left. There was also a nurse who worked at my OB office and she reached out and offered support. I don’t know if we would have made it without her.

We tried again and 4 miscarriages later we were at the point of just giving up. We thought we would never be parents and then I was pregnant again. This time I was on bed rest. Each day was more stressful than the next and each milestone was approached with bated breath. When we went past 22 weeks we thought we made it. At 26 weeks I went to the ER and I told them something is wrong I can feel it. They assured me everything was fine and I went home.

That next morning I woke up covered in fluid because once again my water broke.  For some reason, I could not figure out how to use my cell phone and my husband was not home. I waddled over to a neighbor I had not even met and he and his children called 911, my husband, and my mom. Then this man who I did not know came and sat with me holding my hand until the paramedics arrived.

At the hospital the doctor gave me magnesium to stop the labor, and then a steroid that would rapidly develop my son’s lungs.  I was then airlifted to a higher level hospital where they would give me more of this medicine over a course of 48 hours. Two days later as the doctor examined me he exclaimed I see a foot, and I was immediately prepped for surgery. We went in for c-section, and I remember lights surrounding me and the sound of a kitten.

In my state, I did not realize that the kitten I heard was my son crying. My husband tells me that the doctors were frantically 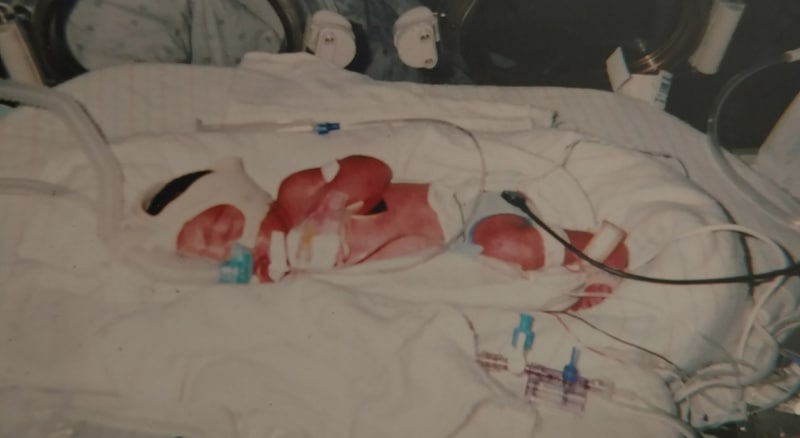 trying to intubate our son, but he fought it so bad one of the doctors noticed it was choking him rather than helping. They removed the tube and realized that my 26-week champ was breathing on his own. That’s when they calmed and put a CPAP on him. Apparently, my rainbow baby was stronger than even the doctors expected. Once I fully awakened from the medication and could move my legs I was allowed to go see him. When I saw him all I wanted to do was pick him up and hold him close but his skin was so thin to make sure we didn’t hurt him we could only touch the bottom of his foot or his palm of his hand.

I looked at my furry little 3-pound son and just knew he was mine and no matter what he and I were going to make it together. He was my rainbow baby. My miracle.  My Aidan (little fire) Nathanial (Gift from God). We stayed in the NICU at Phoenix Children’s for 2 months but the miracle of all miracles he never required oxygen or surgery. The most he needed was a CPAP at room air levels. He had a feeding tube because at his age he was not old enough to know how to suck swallow and breathe.

Once he hit a month old we started teaching him how to nurse. He  quickly learned and after 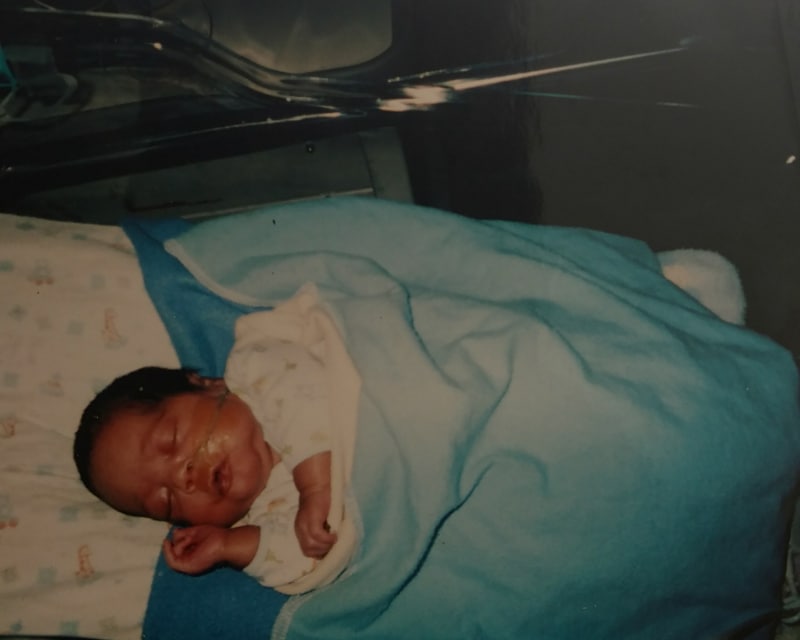 testing basically all of him and finding nothing wrong we were allowed to take our miracle home.

From the start, he has been my heart. He has always been a fighter. He started so small but mighty in ways we didn’t even realize. So to all parents struggling through infertility or loss I say don’t give up and maybe your rainbow will come from someone else’s womb, or maybe it will come from your own but there is nothing more beautiful than holding your child after fearing you never would.

There will be days that you feel your dream will never happen but hold onto your faith.

I have said thank you to the doctors and NICU nurses multiple times for the care my family was shown. I remember walking into my son’s room and a nurse was talking to him and loving him like he was her own. It always stayed with me that these nurses cared about my child.

My son is 11 now and is everything a mom could want in a son. There are times I look at him and I just know he is my rainbow baby, my light at the end of a dark time, my heart, my everything. 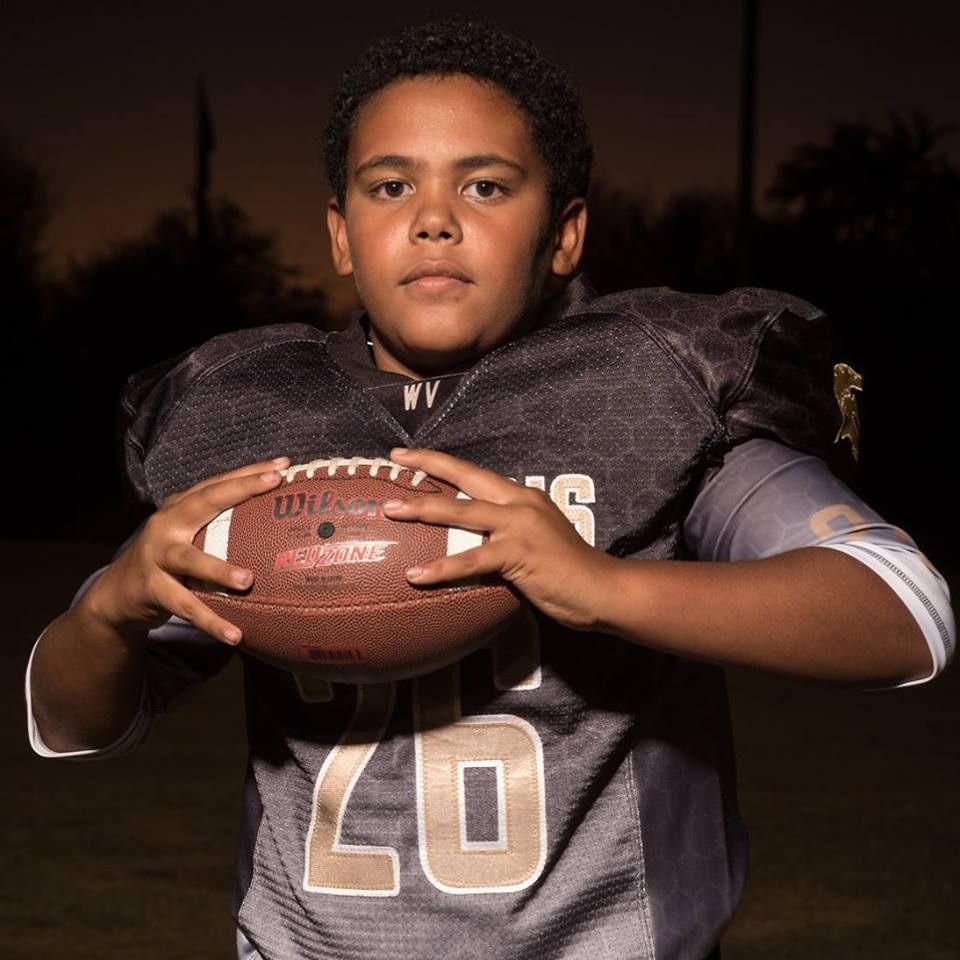