I picked an age and decided to go with it. He was almost 3 so despite the fact he showed no signs of wanting to go potty I took away the diapers, put him in underpants, and decided this was that. And it went excellent for a few days. There were a few accidents but nothing major. Then disaster hit.

We woke up one day and decided to head to my son’s favorite spot. The indoor playground. 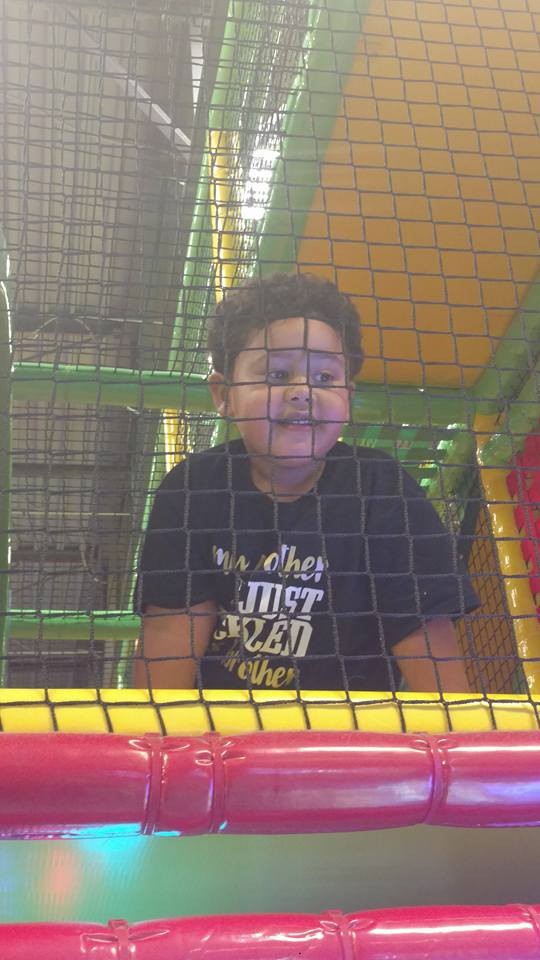 Everything was going great for about 30 min and then I started to notice this smell. It smelled like the sewers or for lack of a better description really bad poop. I sat there disgusted and noticed other parents looking around too. We were all trying to pinpoint the smell when a mom yelled there’s poop in the tunnels.

My first thought was OMG how nasty and why would a kid….. Then have you ever sensed doom approaching? That overwhelming feeling like something just isn’t right. Well, it hit me. So I decided to look for my son. I found him near the ball pit. He sees me and goes It just came out. I look at his legs and they are darker than normal and at that moment my worst fear was confirmed.

The current HAZMAT situation occurring was my child. I scooped him up and took him to the bathroom as discretely as possible. Once in the safety of the bathroom, I washed him and his shorts the best I could.

As we left the bathroom an employee approached. I tensed ready to be kicked out and then she speaks. She tells me how sorry she is that this happened and she noticed I had washed my son’s hands and she hopes he didn’t get any poop on him. Apparently, a child had an accident and it was in the tunnels, the ball pit, a streak down the slide… They were going to have to close for the day to call in a cleaning crew.

4 hours later when I drove by they were still closed for cleaning. My child had literally shut down a facility for a day because of our potty training epic failure.

Later that day I had a realization. It wasn’t his fault. It was my fault. I had pushed him to potty train and he wasn’t ready. He had a good start and instead of going at his own pace I pushed thinking he was a big boy. Instead, he was still my little man who got distracted playing and just kept going. My husband and I  decided maybe we would wait a bit to continue potty training.

About a month later he showed signs of actually being ready.He became a lot more interested in the potty and a lot more dissatisfied when his diaper was wet. We tried again at his own pace and boom 6 days later he was a potty champ!

So to save everyone the trouble of an out in public tragedy I’ll tell you what worked for us.

When enough stickers were earned Alijah wanted his prize and we went all out. He wanted a superhero party so we had a Superhero Potty Party and invited all his friends. He got to dress up as Alijah the Potty Hero. There were cupcakes, food, a bounce house, and of course gifts to celebrate his achievement. Now I’m not saying you have to throw your kid a party but pick something that they would really want and can work towards. When you add their good job stickers keep reminding them how close to their prize they are.

Well there you have it potty training tips from a failure. The failure was mine in pushing my son too fast. But once we went at his pace the mom and son were potty training superheros.